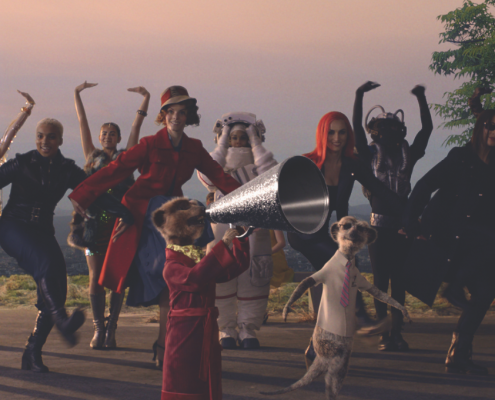 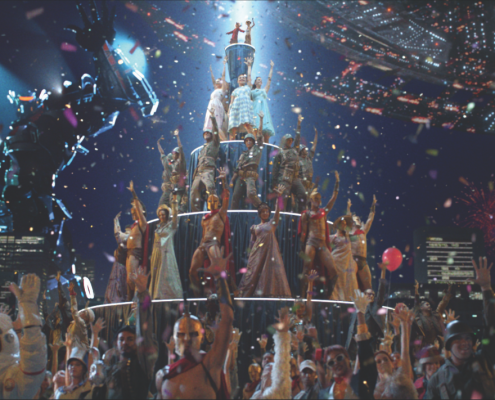 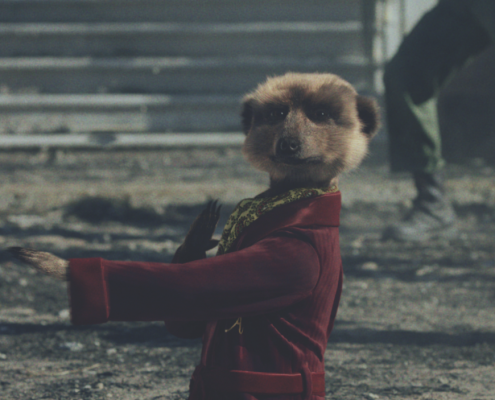 Meerkat. The Musical.
A Year of Meerkat Movies

comparethemarket.com has unveiled its latest advertisement for Meerkat Movies, which captures the magic and surprise of the silver screen. Packed with over a dozen iconic film references throughout, the ad reimagines Barbara Streisand’s ‘Rain On My Parade,’ sung by Aleksandr, to bring to life the variety of films that can be seen with a year’s membership of Meerkat Movies.

It was shot in Cape Town with Parisian choreographer Oliver Casamayou, who has worked with Kylie Minogue, Will Young and Cirque Du Soleil. The wardrobe was curated by Moira Meyer, who has worked on films such as Blood Diamond and The Hurt Locker, and includes Brad Pitt’s uniform from Fury and Cate Blanchett’s dress from Elizabeth. For the first time comparethemarket.com used a 60-second radio ad to launch the campaign, which was played out on the Global Radio Network. 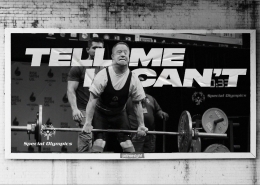 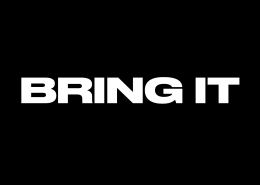