This was a tricky brief: get more people watching the new season of Supernatural without pissing off its existing (very passionate) fans. We managed to do this and even had Supernatural fans tweeting, sharing our film and projection-mapping, and posting pictures of this poster. Just not sure how the Pope felt about it.

Marble Arch On Fire
Marble Arch in central London turns into the gates of Hell as part of The Brooklyn Brothers’ multimedia campaign to promote a new series of Supernatural.

A ring of salt will protect you…
Part of The Brooklyn Brothers’ multimedia campaign to launch a new season of Supernatural. Starring, directed and edited by Rory Robson and Louise (who is now knitting beautiful jumpers for a living).

Created for the price of a few bags of salt. Love that kind of energy. 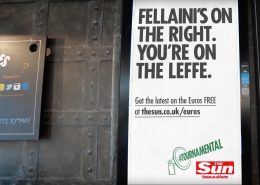 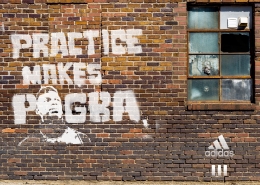